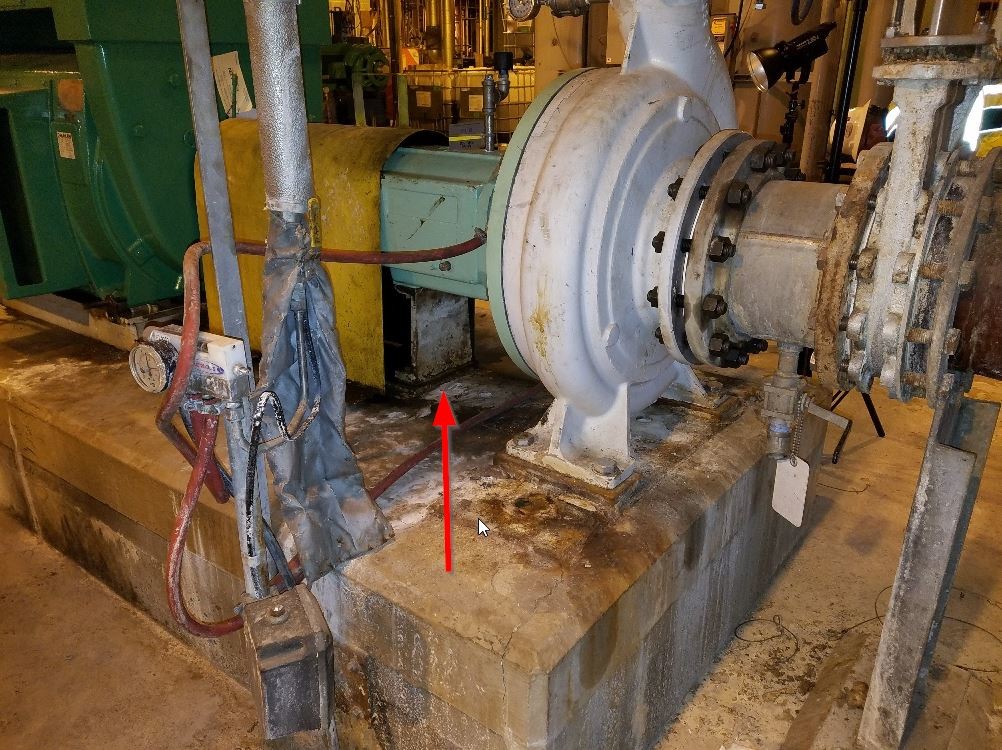 A centrifugal pump was investigated due to multiple seal failures. Vibration measurements indicated a misalignment condition, however, a precision alignment between the motor and pump had been performed and confirmed to be within tolerance. Motion Amplification to the rescue!! 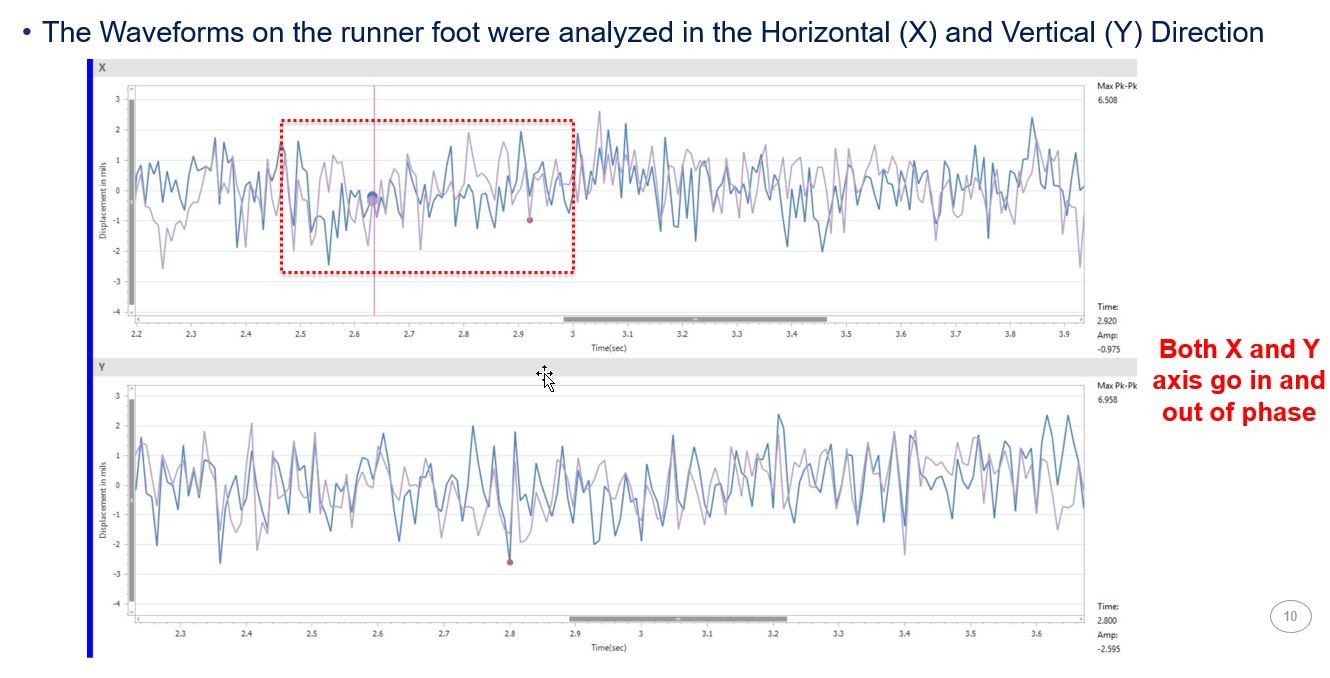 After taking multiple videos it was discovered that the center support section of the base was hollow and flexing due to fatigue, temporarily and rapidly throwing the pump runner out of alignment. The software also enabled us to analyze phase, and it was clear the foot was going in and out of phase with the runner itself.

Looseness and fatigue in the pump runner’s support leg was also evident. By simply replacing the support leg and stiffening the base the vibration was drastically reduced.


At PdM Specialists, we have both the experience and expertise to help you achieve your performance goals. Whether it’s testing, troubleshooting, or proactively maintaining assets, we’ll offer a complete and customized solution for your equipment.
Get Started Today
More on these topics:motion amplification | vibration analysis