PdM Specialists was brought on site to investigate repetitive failures of a waste heat exhaust fan for a gas turbine.

Vibration readings taken on the motor and fan bearings did not produce any conclusive leads. Motion Amplification to the Rescue!!

Recordings were taken at multiple angles and distances. The below recording showed vibration on the inlet side of the machine train, at the thermal expansion joint and fan inlet flange.

Due to high vibration in the axial direction, waveforms were recorded on the two points to determine phase condition. If out of phase, additional impacting would result. The next slide overlays the waveforms of point 1 and 2 from the video

Spectra of the two points overlaid: Two frequencies are present, closely spaced at 57.5Hz and 58.9Hz. 58.9Hz is running speed and 57.5Hz is a resonant frequency being excited by the running speed. This is causing movement in the axial direction on the inlet flange, support frame and housing of the fan 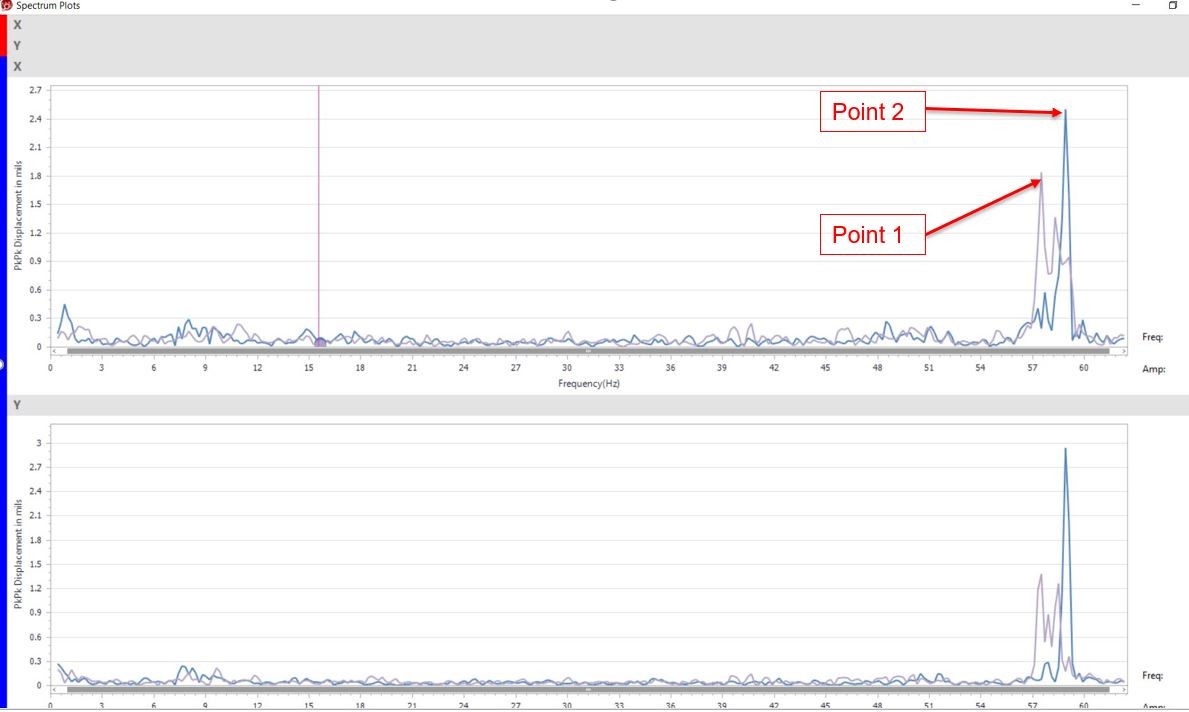 A simple fix was in order: Reinforcement of the inlet flange mounting structure to restrict movement and change the natural frequency of the component to significantly reduce vibration.


At PdM Specialists, we have both the experience and expertise to help you achieve your performance goals. Whether it’s testing, troubleshooting, or proactively maintaining assets, we’ll offer a complete and customized solution for your equipment.
Get Started Today
More on these topics:motion amplification | vibration analysis